Hello viewers, we have come up with another interesting segment in which we are going to discuss how you could unlock your VI Sim number. Nowadays, it is a very common problem that people have been facing on their Vi Sim. Let us tell that it doesn’t need any rocket science to fix the problem. You just need to follow the instruction regarding the problem then you will be able to resolve the problem by yourself. In this article, we are going to explain to you various alternative ways through which you could unblock your VI Sim number.

What is the Vi (8 Digit )Puk Code Unlock Number?

The Vi Puk Code is a unique code of an 8-digit number that could help you to access your phone after putting your pin wrong 3 times. Generally, a pin secures your Sim card from unauthorized use, and by default, it is set as 1234. But if you forget this code and put the wrong pin more than three times. Then, you will need the Vi Puk Code to unblock.

Also Read About : Port Your Jio Number to Airtel

How do I find my Puk Code VI?

You can make the request by calling on 199 IVR toll-free number to get your VI Sim Puk code. After that, you just need to follow the instruction carefully through IVR. Then, you can easily get your Puk code of VI Sim. In case, if you have lost your Sim card, then you can block it with so ease.

Can I unlock My Sim without Vi Puk Code Unlock Number?

If you have put the wrong pin on more than three-time, then it is impossible to unblock on your own. In that case, you will need to visit your closest Vi customer service center to fix the problem of the unblocking. Otherwise, you can try your luck by entering the ‘1234’ default pin to unlock it.

Can I get VI Sim Puk Code from Customer Care?

As per the sources, it is believed that you could get your Sim unlocked through customer care service. It is very necessary to have the 8-digit Puk Code. Otherwise, you can visit your nearest Vi help center.

As we said above, your Puk code is a kind of backup password in case you have entered the wrong pin consecutive times. You can request the pin by calling on the 199 IVR toll-free number. Here, SMS will not work for you.

There is no application made that can provide you with Puk code service. Even the company hasn’t formed any portal or online platform for the Puk code. So you just need the only way as we have mentioned above in the article.

Can I use others Puk Code Vi of other users to Unlock My Sim?

No, users get a unique 8-digit code or Puk code from the company. You can’t use other Puk codes in case of unlocking your Sim number.

In this article, we have explained almost every possible way through which you can unlock your VI Sim card or number. Puk is a unique 8-digit code that is required to unlock your Sim card after putting the wrong pin more than three times. 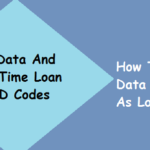 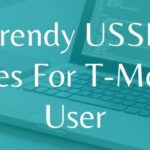 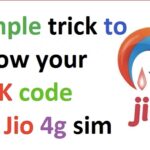